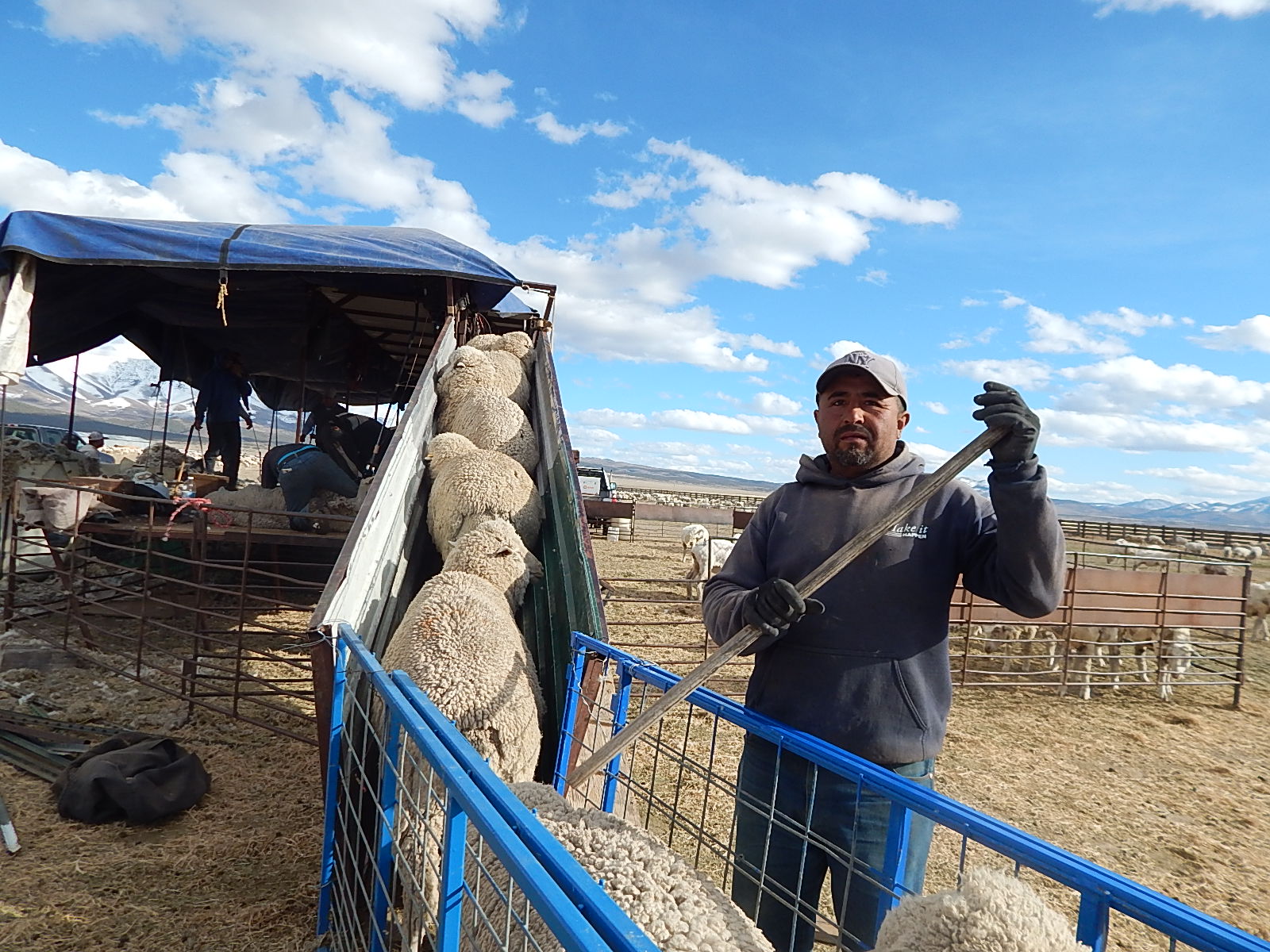 There are over half a million privately owned acres in Eureka County. Most of that land is owned by farmers and ranchers who have lived for generations on their lands, farms and ranches.

North of the town site of Eureka, Diamond Valley stretches some 35 miles long and ten miles wide. This is the main area of farming in the County but there are other farming sites in Pine Valley, Crescent Valley and in the Beowawe areas in the central and northern parts of Eureka County.

For the most part Diamond Valley holds the key to the world wide sales of our high mountain valley alfalfa and more recently Timothy and Orchard grass hays.  Because of the high altitude and the cool summer nights Diamond Valley grows highly valued alfalfa. With the slow growth comes a high TDN (Total Digestible Nutrients). That TDN is sought after by dairies to raise milk production from cows and for horses in the national and international world of horsemanship and also by the beef industry. Hays grown in Diamond Valley are shipped all over the world. It’s an amazing and always challenging place to farm.

In 1957-58 the US government opened up the land in Diamond Valley to be settled under the Homestead Act. Families could claim 320 acres per adult and own the land within five years if that family could produce a crop. That included working the ground by first taking it out of sagebrush. It was a dirty dusty and dangerous job. There were no cabs on tractors so to keep the driver from being hit from flying brush and rocks cut by ancient pull behind mowers a guard of some type was bolted to the back of the seats where the driver sat. Some of those “guards” were nothing more than sheets of galvanized roofing. Then came drilling a well to irrigate, grow and harvest a crop on at least 40 acres of each 320 acre parcel. After the well and crop land became established the government would grant a deed to that land to those families. In that land rush many people came to Diamond Valley from Southern Idaho, California, Texas, Oklahoma and other parts of the country. Some of the first families were Morrison, Palmore, Machacek, Plaskett, Dubois, Martin and Kephart. Today those homesteads are still family owned, operated and driven farms. Diamond Valley was one of the last places in the US to offer land under the Homestead Act of 1862. It was, is and hopefully always will be families who helped develop and keep Diamond Valley an on going successful part of Eureka and still call this home.

Diamond Valley is a boon to the economy of Eureka County, and not only in property taxes they pay. But with their support of the churches, businesses, 4H, County Fair, schools and each other. It’s hard to find a place where good will is passed from town folks to farmers to miners and all those in between. That’s what makes a grand rewarding life. That’s what makes up the farming life of Eureka County.

Trina lives in Eureka, Nevada. She proudly adds her national self-syndicated slice of life column “Is This You?” weekly to the local Eureka Sentinel and several other papers. Her books, “They Call Me Weener-55 Giggle Producing Chin Wags” and “Life After A Death-Navigating New Widowhood With Humor and Hope.” are on sale on Amazon.com. Or email her at itybytrina@yahoo.com to buy signed copies.