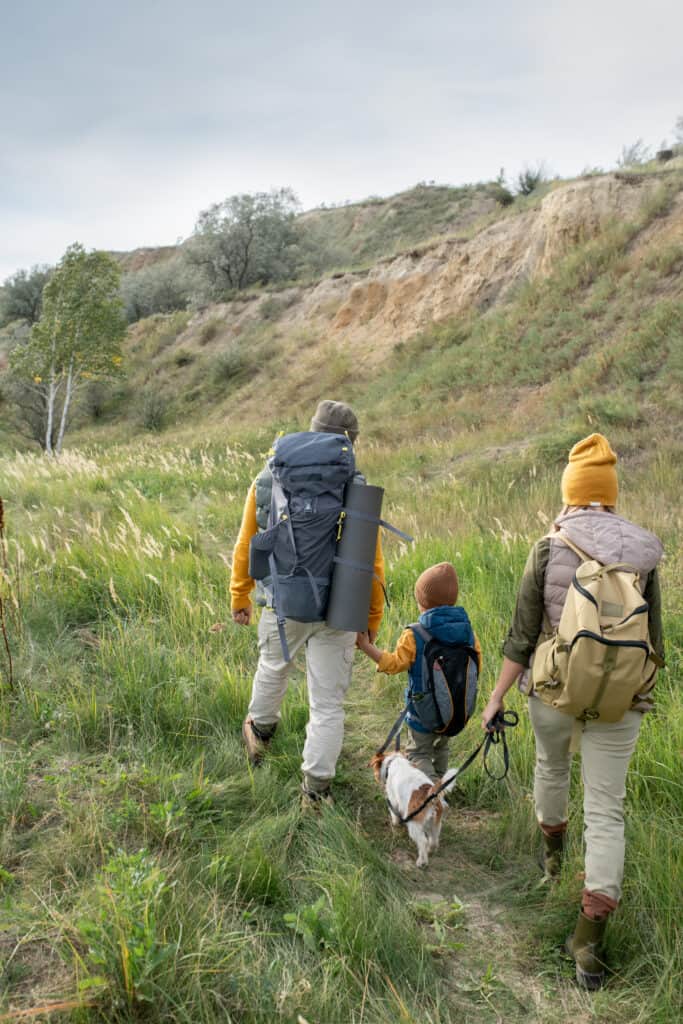 Warm weather is around the corner (in theory!) and therefore more people and their dogs are facing the risk of coming upon snakes. Rattlesnakes are generally most active in the spring through fall, in the late evening once the sun is setting and its cooler or earlier morning before the days heat. They are typically hungry in the spring and reproduce in the fall, so they are looking to grab their last meals before brumation (snake hibernation). The fall is generally when all of the babies are born, too. So, if you are out and about with your dog, one wrong turn or sniff of a brush could create a life-threatening situation for your pet. We never want our patients or the snakes to go through the experience of pain or possible death associated with rattlesnake bites. We want to focus on awareness, safety precautions and vaccinations.

During the hotter months of spring through fall, snakes will leave their dens and seek heat and sun. Most snake bites occur between the months of April and October when both snakes and humans are most active outdoors. The best medicine is prevention when it comes to rattlesnake bites.

The rattlesnake vaccine was developed to protect against the Western Diamondback Rattlesnake venom. Because of similarities in venom, this vaccine also provides protection against the venom of the Western Rattlesnake including Great Basin. This vaccine provides partial protection against the Eastern Diamondback. It does not protect against the Water Moccasin, Mojave Rattlesnake or Coral Snakes. The rattlesnake vaccine reduces the severe inflammatory response associated with rattlesnake bites, reduces pain and swelling, increases the likelihood that your pet will survive, potentially shortens hospitalization time and may decrease the cost of treatment. Importantly, it also gives you time to get to a veterinary clinic for treatment.

The first time your dog is vaccinated there is an initial injection followed by a booster dose 1 month later. The maximum protection generated by vaccination is typically about 4-6 weeks after the most recent vaccine booster. The recommended boostering schedule is one, two, three vaccine doses per year depending on your dog’s anticipated exposure to rattlesnakes and the size of your dog.  Most dogs exposed to rattlesnakes for less than six months per year will only require a single booster dose annually. Although the immunity can last for up to 12 months, some dogs (hunting, search and rescue, etc.) may require more frequent vaccination due to increased risk. The vaccine is not labeled for our feline friends, but if your cat is at high-risk for exposure you need to discuss options with your veterinarian. The best time to give that dose is approximately one month before the start of rattlesnake “season”.

Upon biting, rattlesnakes release their venom into the victim’s tissue. According to Veterinary Partner, “approximately 20-25% of bites are dry, meaning no venom has been injected; 30% of bites are mild meaning they cause local pain and swelling in the bite area and no systemic symptoms; 40% of bites are severe with approximately 5% being fatal.” Rattlesnake venom is hemotoxic, meaning it damages blood vessels and causes severe swelling at and around the bite site. Venom can cause up to one-third of the total blood circulation being lost into the tissues in a matter of hours. Hypotension (low blood pressure) associated with the lack of blood circulation causes reduced delivery of nutrients and oxygen to tissues and rapid necrosis (tissue death).

A snake bite is always an emergency, even if the animal has been vaccinated. Any known or suspected bites should always be brought in for evaluation. Even non-venomous bites could lead to serious infections that require antibiotics. Treatment for snake bites typically includes days of hospitalization and treatment including antivenin, intravenous fluids, pain medications, antibiotics and maybe surgical debridement. It can be a very significant and expensive undertaking.

As a promotion for rattlesnake awareness, Elko Veterinary Clinic will be giving $5 off any rattlesnake vaccines done during the month of May. Get Rattled is a rattlesnake avoidance training company. They will also have some information on training and will be hosting a class in the Elko area in June. More information can be found on the website. www.getrattled.org